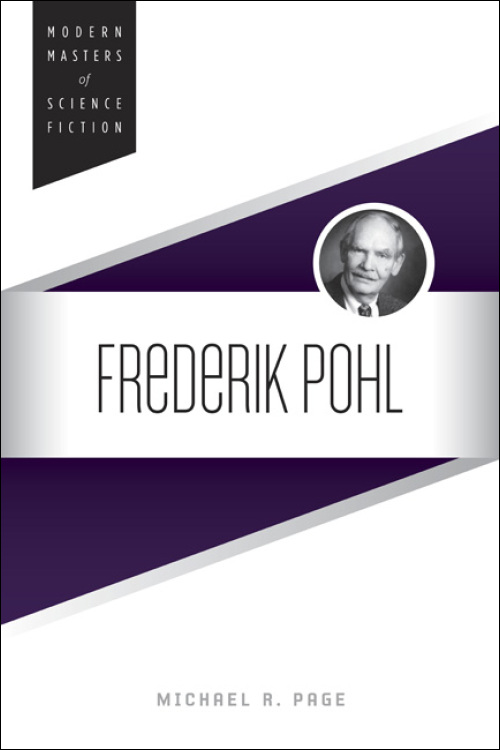 One of science fiction's undisputed grandmasters, Frederik Pohl built an astonishing career that spanned more than seven decades. Along the way he won millions of readers and seemingly as many awards while producing novels, short stories, and essays that left a profound mark on the genre. In this first-of-its-kind study, Michael R. Page traces Pohl's journey as an author but also uncovers his role as a transformative figure who shaped the genre as a literary agent, book editor, and in Gardner Dozois' words, "quite probably the best SF magazine editor who ever lived."

Michael R. Page is a lecturer in the department of English at the University of Nebraska. He is the author of The Literary Imagination from Erasmus Darwin to H. G. Wells: Science, Evolution, and Ecology.

"This authoritative volume will be indispensable for those interested in this vibrant writer of science fiction and his abiding influence on US science fiction. Highly recommended."--Choice

"A well-rounded and appealing portrait of an intellectually fertile and sophisticated talent."--Science Fiction Studies

"Frederik Pohl--writer, editor, critic, literary agent, futurist, teacher--was one of the central figures of twentieth century American science fiction, playing an extraordinarily influential role for more than fifty years. This is a splendid overview of his long and remarkable career."--Robert Silverberg

"Frederik Pohl did more than any other human to transform the very character of science fiction literature, from adventure-story roots into a tool for exploring plausible tomorrows. Other giants are known for their own great works. But, as this stirring and detailed biography shows, Fred Pohl taught us to be more than just storytellers. Science fiction became the R&D department for human destiny."--David Brin

"Frederik Pohl was one of science fiction's most intelligent and creative writers. His consistent talent and brilliance helped define our field from the 1950s well into the twenty-first century. Michael R. Page's book is a fascinating inspection of the man and his career. Highly recommended."--Greg Bear