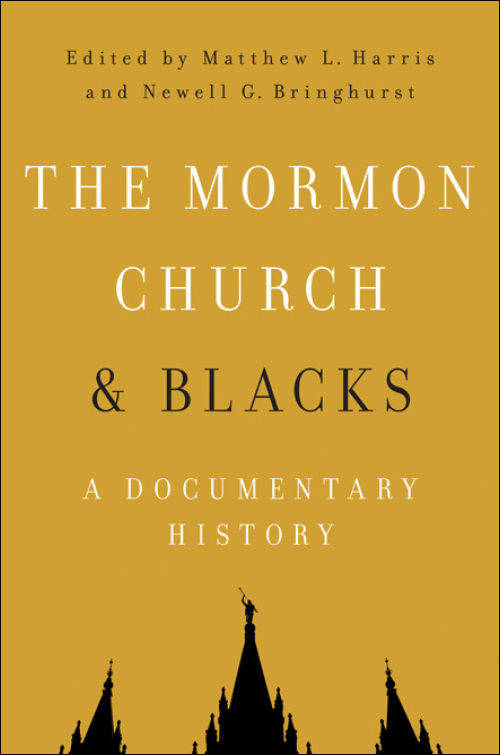 The year 1978 marked a watershed year in the history of The Church of Jesus Christ of Latter-day Saints as it lifted a 126-year ban on ordaining black males for the priesthood. This departure from past practice focused new attention on Brigham Young's decision to abandon Joseph Smith's more inclusive original teachings.

The Mormon Church and Blacks presents thirty official or authoritative Church statements on the status of African Americans in the Mormon Church. Matthew L. Harris and Newell G. Bringhurst comment on the individual documents, analyzing how they reflected uniquely Mormon characteristics and contextualizing each within the larger scope of the history of race and religion in the United States. Their analyses consider how lifting the ban shifted the status of African Americans within Mormonism, including the fact that African Americans, once denied access to certain temple rituals considered essential for Mormon salvation, could finally be considered full-fledged Latter-day Saints in both this world and the next. Throughout, Harris and Bringhurst offer an informed view of behind-the-scenes Church politicking before and after the ban. The result is an essential resource for experts and laymen alike on a much-misunderstood aspect of Mormon history and belief.

Matthew L. Harris is a professor of history at Colorado State University-Pueblo. He is the coauthor of The Founding Fathers and the Debate over Religion in Revolutionary America. Newell G. Bringhurst is a professor emeritus of history and political science at College of the Sequoias. He is the author of Saints, Slaves, and Blacks: The Changing Place of Blacks within Mormonism.

"Harris and Bringhurst offer an informed view of behind-the-scenes Church politicking before and after the ban. The result is an essential resource for experts and laymen alike on a much-misunderstood aspect of Mormon history and belief."--Reading Religion

"This volume is a chronological documentary history of the entire saga. . . . The authors/editors generally avoid stating their own opinions or conclusions, which allows readers to evaluate the material themselves. This is, in my opinion, a mark of a well-made documentary history."--Richard Packham, the Association for Mormon Letters

"The Mormon Church and Blacks is a valuable contribution to the study of race within Mormonism."--Journal of Mormon History

"A great resource for the serious inquirer as it combines previously known data with new source information thereby adding to the scholarship on this much considered subject."--Darius A. Gray

"Unique in its presentation of primary documents that are well explained and contextualized. Many are extremely important for our understanding of the historical trajectory of LDS thinking about African Americans and the priesthood."--Laurie Maffly-Kipp, author of Setting Down the Sacred Past: African-American Race Histories

"This volume represents a long overdue documentary history of Mormonism and black priesthood denial that includes the essential primary sources on the subject. The strength here is in the twentieth and twenty-first century chapters, previously underexplored eras in the changing status of blackness within Mormonism."--W. Paul Reeve, author of Religion of a Different Color: Race and the Mormon Struggle for Whiteness