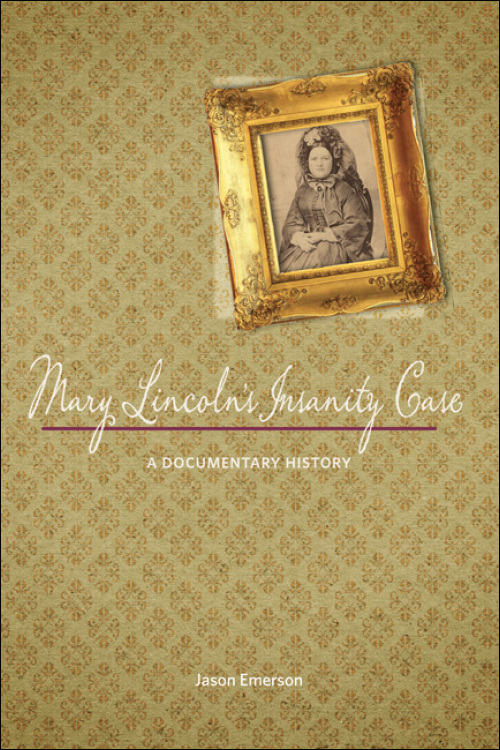 In 1875 Mary Lincoln, the widow of a revered president, was committed to an insane asylum by her son, Robert. The trial that preceded her internment was a subject of keen national interest. The focus of public attention since Abraham Lincoln's election in 1860, Mary Lincoln had attracted plentiful criticism and visible scorn from much of the public, who perceived her as spoiled, a spendthrift, and even too much of a Southern sympathizer. Widespread scrutiny only increased following her husband's assassination in 1865 and her son Tad's death six years later, after which her overwhelming grief led to the increasingly erratic behavior that led to her being committed to a sanitarium. A second trial a year later resulted in her release, but the stigma of insanity stuck. In the years since, questions emerged with new force, as the populace and historians debated whether she had been truly insane and subsequently cured, or if she was the victim of family maneuvering.

In this volume, noted Lincoln scholar Jason Emerson provides a documentary history of Mary Lincoln's mental illness and insanity case, evenhandedly presenting every relevant primary source on the subject to enable a clearer view of the facts. Beginning with documents from the immediate aftermath of her husband's assassination and ending with reminiscences by friends and family in the mid-twentieth century, Mary Lincoln's Insanity Case: A Documentary History compiles more than one hundred letters, dozens of newspaper articles, editorials, and legal documents, and the daily patient progress reports from Bellevue Place Sanitarium during Mary Lincoln's incarceration. Including many materials that have never been previously published, Emerson also collects multiple reminiscences, interviews, and diaries of people who knew Mary Lincoln or were involved in the case, including the first-hand recollection of one of the jurors in the 1875 insanity trial.

Suggesting neither accusation nor exoneration of the embattled First Lady, Mary Lincoln's Insanity Case: A Documentary History gives scholars and history enthusiasts incomparable access to the documents and information crucial to understanding this vexing chapter in American history.

Jason Emerson is an independent scholar living in Cazenovia, New York. He is the author of The Madness of Mary Lincoln, Lincoln the Inventor, and Giant in the Shadows: The Life of Robert T. Lincoln.

“An impressive array of material, arranged chronologically, stemming from the insanity trial, including private correspondence, progress reports from Lincoln's attending physician at the Bellevue Place Sanitarium, newspaper articles, diaries, and interviews. This is an essential resource for anyone interested in the Lincoln family.”--Register of the Kentucky Historical Society

"Mr. Emerson pulls no punches, happily free to do so away from the strictures of academic political correctness and false orthodoxies, as well as distorting ideological hindsight. . . . the particular virtue of this volume is that it gives you the tools to make a really informed decision on the vexed topic and in so doing Mr. Emerson has rendered a great service."--Washington Times

"This book is the first to capture and provide in one resource all of the documentation relevant to Mary Lincoln's long-controversial insanity trial and treatment. Jason Emerson distills the full body of evidentiary material into an easily accessible chronology. An essential reference for anyone interested in the subject."--Harold Holzer, author of Father Abraham: Lincoln and His Sons

"Mary Lincoln's Insanity Case makes a valuable contribution to the story of Mrs. Lincoln and her son Robert. This volume will enable scholars and students to write about Lincoln and his family with ever greater authority."--Michael Burlingame, author of Abraham Lincoln: A Life