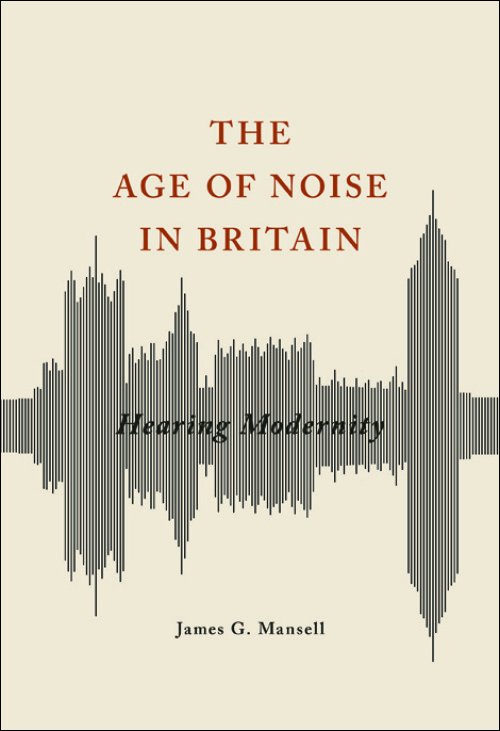 Sound transformed British life in the "age of noise" between 1914 and 1945. The sonic maelstrom of mechanized society bred anger and anxiety and even led observers to forecast the end of civilization. The noise was, as James G. Mansell shows, modernity itself, expressed in aural form, with immense implications for the construction of the self.

Tracing the ideas, feelings, and representations prompted by life in early twentieth century Britain, Mansell examines how and why sound shaped the self. He works at the crux of cultural and intellectual history, analyzing the meanings that were attached to different types of sound, who created these typologies and why, and how these meanings connected to debates about modernity. From traffic noise to air raids, everyday sounds elicited new ways of thinking about being modern. Each individual negotiated his or her own subjective meanings through hopes or fears for sound. As Mansell considers the different ways Britons heard their world, he reveals why we must take sound into account in our studies of cultural and social history.

James G. Mansell is an assistant professor of cultural studies at the University of Nottingham

"In sum, Mansell's work successfully unlocks the sensory world of the past and demonstrates how one might decode the meanings of sound for those who experienced it."--Fides et Historia

"A valuable contribution to the history of listening practices, and paves the way for further research into Britain's sonic history."--Cultural History

"A sophisticated and detailed monograph that offers significant points of interest for scholars of modernity with an interest in cultural and sensory history. . . . It is a rare occurrence when a monograph can serve as both an introductory read to a field as well as offer a new, stimulating perspective on an already burgeoning subject."--Modernist Culturesbr>
"Mansell has written a great book that deserves a wide audience. . . .Mansell patiently weaves his argument into a rich historical narrative, with a sense of humor that never falls into the trap of mocking his historical characters."--H-Net [H-Sci-Med-Tech]

"In this intriguing study, James Mansell engages with interactions between noise, modernity, and the construction of the self in interwar Britain. . . . It is an exemplary piece of work." --Technology and Culture

“Mansell has given us an exhilarating and highly original way of understanding early twentieth century Britain. He ranges confidently across a dazzlingly wide terrain--attitudes towards neurasthenia, the occult thinking of Theosophists, technocrats designing quieter homes, those aghast at the sonic assaults of the wartime Blitz--and shows how noise was more than a symbol of modern life or the bane of the highly-strung. It was regarded by a whole gamut of experts and pseudo-experts as an irritating, mysterious, troubling force dramatically reshaping the relationship between the individual and society. The Age of Noise in Britain allows us to eavesdrop on this loud and disputatious period--indeed, to question our understanding of modernity itself. It is unsettling in the very best of ways.”--David Hendy, author of Noise: A Human History of Sound and Listening