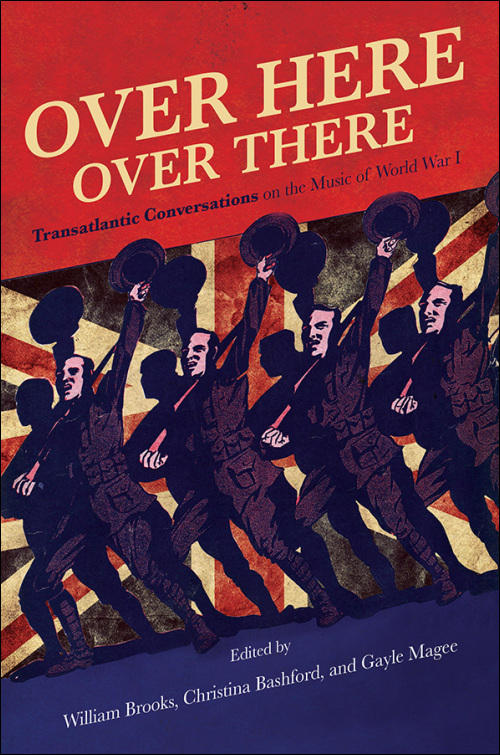 During the Great War, composers and performers created music that expressed common sentiments like patriotism, grief, and anxiety. Yet music also revealed the complexities of the partnership between France, Great Britain, Canada, and the United States. Sometimes, music reaffirmed a commitment to the shared wartime mission. At other times, it reflected conflicting views about the war from one nation to another or within a single nation.

Over Here, Over There examines how composition, performance, publication, recording, censorship, and policy shaped the Atlantic allies' musical response to the war. The first section of the collection offers studies of individuals. The second concentrates on communities, whether local, transnational, or on the spectrum in between. Essay topics range from the sinking of the Lusitania through transformations of the entertainment industry to the influenza pandemic.

"These ten essays, most drawn from these conferences, present a range of interesting and creative discussions of classical and popular music at the time." --Choice

"Over Here, Over There convincingly demonstrates the value of using a transnational approach for studying World War I music, and it provides much inspiration for further research." --H-Net Reviews

"This is a book worth reading about music and events that happened just over a century ago; these events that at the moment seemed to only shape the current world but, in the end, brought us closer to what became another World War." --Music Reference Services Quarterly

"With its stimulating blend of revealing music interpretation and compelling historical context, this volume brings the music of World War I to life in fascinating detail."--Christina Baade, author of Victory through Harmony: The BBC and Popular Music in World War II

"There is a dearth of detailed work on classical music's response to the First World War, so often seen as 'the most literary war in history'. There is even less written about the parallel and intricately linked responses of American, Canadian and British composers. This is a timely, fascinating and accessible study, crossing continents to ask questions of music's role in times of international crisis."--Kate Kennedy, coeditor of The Silent Morning: Culture and Memory after the Armistice