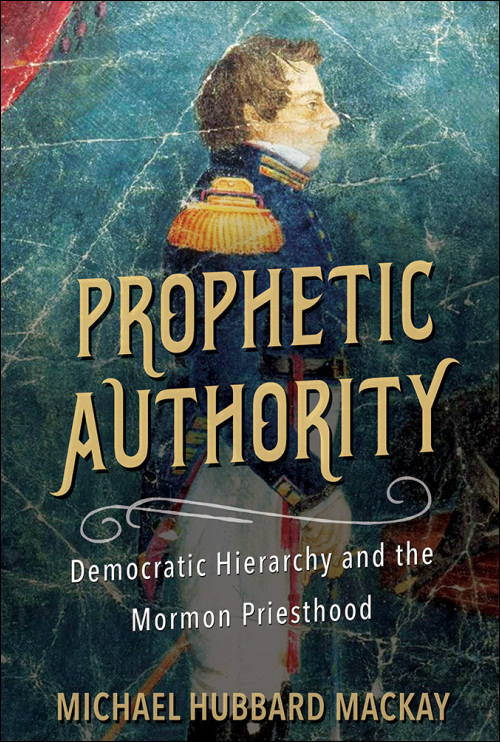 The Mormon tradition’s emphasis on prophetic authority makes the Church of Jesus Christ of Latter-day Saints unique within America's religious culture. The religion that Joseph Smith created established a kingdom of God in a land distrustful of monarchy while positioning Smith as Christ's voice on earth, with the power to form cities, establish economies, and arrange governments.

Michael Hubbard MacKay traces the Church of Jesus Christ of Latter-day Saints' claim to religious authority and sets it within the context of its times. Delving into the evolution of the concept of prophetic authority, MacKay shows how the Church emerged as a hierarchical democracy with power diffused among leaders Smith chose. At the same time, Smith's settled place atop the hierarchy granted him an authority that spared early Mormonism the internal conflict that doomed other religious movements. Though Smith faced challenges from other leaders, the nascent Church repeatedly turned to him to decide civic plans and define the order of both the cosmos and the priesthood.

Michael Hubbard MacKay is an associate professor at Brigham Young University and a former historian for the Joseph Smith Papers Project. He is the author of Sacred Space: Exploring the Birthplace of Mormonism and coauthor of Joseph Smith's Seer Stones.

"The existence of this text should be heralded as an important milestone." --Juvenile Instructor

"MacKay's excellent command of the subject matter makes this a necessary resource." --Choice

"A unique blend of scholarship, research, and historical retelling that goes well beyond accounts . . . MacKay's reconstruction can easily sustain the fabric of faith." --Interpreter

"MacKay's account of priesthood authority should come as a relief to Mormon historians who have struggled to make the restoration of priesthood orderly and consistent. . . . In telling this complex story, MacKay is respectful and admiring and, for his readers, always illuminating." --Journal of Arizona History

"A welcome and overdue contribution to the short list of publications on authority in the Church. . . . MacKay does not disappoint. . . . MacKay has given us a well-researched and thought-provoking examination of authority both preceding and following the 1830 organization of the Church." --BYU Studies Quarterly

"Was early Mormonism excessively democratic, representative of a newly disestablished society? Or deeply theocratic, echoing the skeptical backlash against those same liberating impulses? In this exhaustively researched and sophisticatedly argued book, Michael MacKay argues that it is not an 'either-or' but 'yes, and.' And in doing so, MacKay digs into some of founding—and foundational—paradoxes concerning religion in the early American republic."--Benjamin E. Park, author of American Nationalisms: Imagining Union in an Age of Revolutions, 1783–1833

"In Prophetic Authority, MacKay gives us the most thorough and painstaking description of the slow blossoming of the Mormon priesthood hierarchy available, embedding the story in the raucous context of antebellum American democracy. Valuable for anyone who wants to understand either of those worlds better."--Matthew Bowman, author of Christian: The Politics of a Word in America