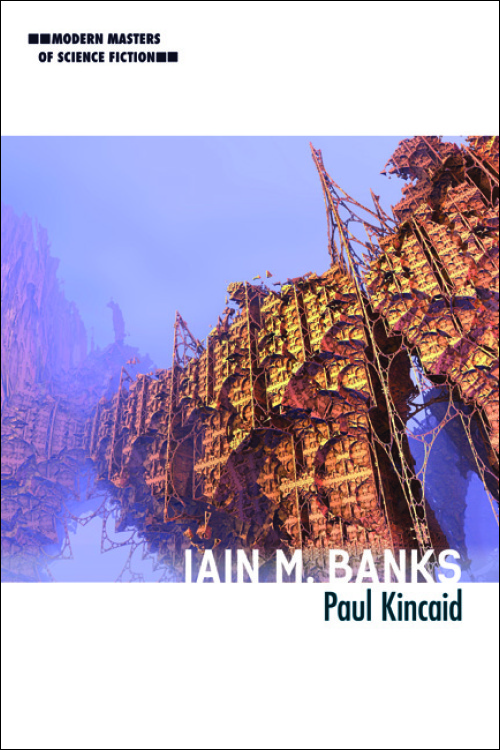 The 1987 publication of Iain M. Banks's Consider Phlebas helped trigger the British renaissance of radical hard science fiction and influenced a generation of New Space Opera masters. The thirteen SF novels that followed inspired an avid fandom and intense intellectual engagement while Banks's mainstream books vaulted him to the top of the Scottish literary scene.

Paul Kincaid has written the first study of Iain M. Banks to explore the confluence of his SF and literary techniques and sensibilities. As Kincaid shows, the two powerful aspects of Banks's work flowed into each other, blurring a line that critics too often treat as clear-cut. Banks's gift for black humor and a honed skepticism regarding politics and religion found expression even as he orchestrated the vast, galaxy-spanning vistas in his novels of the Culture. In examining Banks's entire SF oeuvre, Kincaid unlocks the set of ideas Banks drew upon, ideas that spoke to an unusually varied readership that praised him as a visionary and reveled in the distinctive character of his works.

Entertaining and broad in scope, Iain M. Banks offers new insights on one of the most admired figures in contemporary science fiction.

Paul Kincaid is a Clareson Award-winning critic and the author of What It Is We Do When We Read Science Fiction.

"Kincaid remains a masterful practitioner of the lost art of finely calibrated literary criticism . . . Kincaid is, unsurprisingly, both meticulous and astute."--Science Fiction Studies

"Kincaid's short Ian M. Banks is admirable in the scope and depth of its explorations of Banks's many writerly projects." --Fafnir

"Paul Kincaid has done an admirable job with this book, presenting us with the first really comprehensive survey of Banks' work across all his literary modes. Insightful, detailed, fair-minded, as generous as it is bracingly honest, it's a work that demands the attention of anyone with a real interest in this much-beloved author."--Alastair Reynolds, author of Poseidon's Wake

"A thorough, focused, and very useful study of the works of Iain Banks . . . with the M and without the M!"--Gwyneth Jones, author of Life