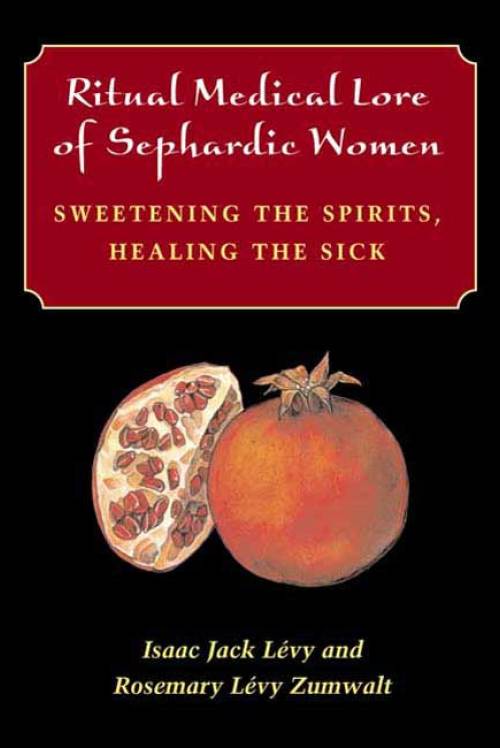 Ritual Medical Lore of Sephardic Women preserves the precious remnants of a rich culture on the verge of extinction while affirming women's pivotal role in the health of their communities. Centered around extensive interviews with elders of the Sephardic communities of the former Ottoman Empire, this volume illuminates a fascinating complex of preventive and curative rituals conducted by women at home--rituals that ensured the physical and spiritual well-being of the community and functioned as a vital counterpart to the public rites conducted by men in the synagogues.

Isaac Jack Lévy and Rosemary Lévy Zumwalt take us into the homes and families of Sephardim in Turkey, Israel, Greece, the former Yugoslavia, and the United States to unravel the ancient practices of domestic healing: the network of blessings and curses tailored to every occasion of daily life; the beliefs and customs surrounding mal ojo (evil eye), espanto (fright), and echizo (witchcraft); and cures involving everything from herbs, oil, and sugar to the powerful mumia (mummy) made from dried bones of corpses.

For the Sephardim, curing an illness required discovering its spiritual cause, which might be unintentional thought or speech, accident, or magical incantation. The healing rituals of domesticated medicine provided a way of making sense of illness and a way of shaping behavior to fit the narrow constraints of a tightly structured community. Tapping a rich and irreplaceable vein of oral testimony, Ritual Medical Lore of Sephardic Women offers fascinating insight into a culture where profound spirituality permeated every aspect of daily life.

Isaac Jack Lévy, Distinguished Professor Emeritus of Spanish Language and Literature at the University of South Carolina and founder of the American Society of Sephardic Studies, is the author of And the World Stood Silent: Sephardic Poetry of the Holocaust, Jewish Rhodes: A Lost Culture, and Prolegomena to the Study of the "Refranero Sefardi." Rosemary Lévy Zumwalt, Vice President of Academic Affairs and Dean of the College at Agnes Scott College and president of the Fellows of the American Folklore Society, is the author of Wealth and Rebellion: Elsie Clews Parsons, Anthropologist and Folklorist and American Folklore Scholarship: A Dialog of Dissent.

"[Lévy and Zumwalt] bring a wide perspective to their study." -- Choice

"This is an important study on the role of women in the life of the community, the family, and individuals, and on their involvement in ensuring the physical and spiritual health of their acquaintances. ... This is an important contribution to the study of Jewish women, the role of women in the well-being of the community, folk medicine, and folklore." -- Rachel Simon, Religious Studies Review

"This well-written book makes a significant contribution to the study of the folklore of the Levantine Sephardim. The authors have a unique vantage point on a Sephardic world that is fast vanishing, if not vanished. They will be among the last scholars to do significant fieldwork in this area, and their testimony will be a useful mine for scholars for many years to come."--David Martin Gitlitz, author of Secrecy and Deceit: The Religion of Crypto-Jew

Winner of the Ellii Kongas-Maranda Prize from the Women's Section of the American Folklore Society, 2003.