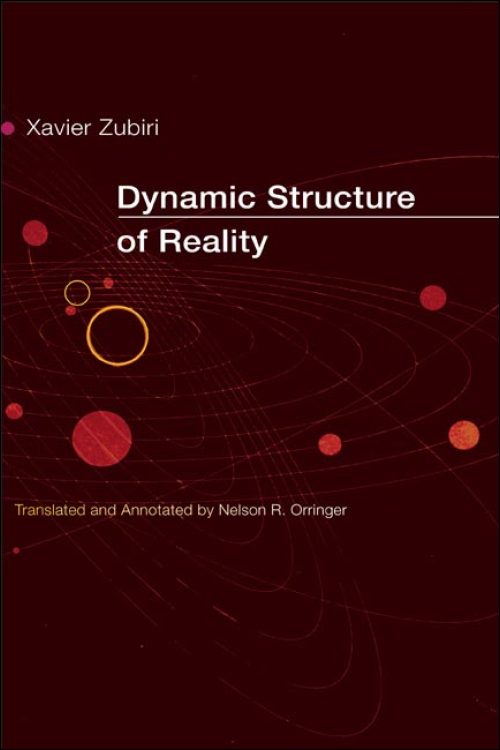 Dynamic Structure of Reality makes available in English some of the most mature thought of the modern Spanish philosopher Xavier Zubiri. He first presented this material as a set of 1968 public lectures in Madrid. They were collected, edited, and published in 1989 as Estructura dinámica de la realidad.

In 1962 Zubiri had published Sobre la esencia (On essence), a work of metaphysics that was praised by critics with one qualification: its treatment of reality was too static. The 1968 course was devised as a response to those critics. Dynamic Structure of Reality retraces the road Hegel traveled concerning the creation of a self and how that self is realized by an interplay between spirit and nature.

Like his great predecessor José Ortega y Gasset, and like his great Jewish contemporary Emmanuel Levinas, Zubiri takes religion in all seriousness and locates its questions within the questions of modern philosophy. In harmony with science, he advances a new idea of becoming. Reality, not being, becomes. As reality’s traits are revealed, in different degrees, reality resembles God, the universal self-giver. Zubiri systematically touches on many disciplines to show the varieties of self-giving--throughout the universe--of structural dynamism.