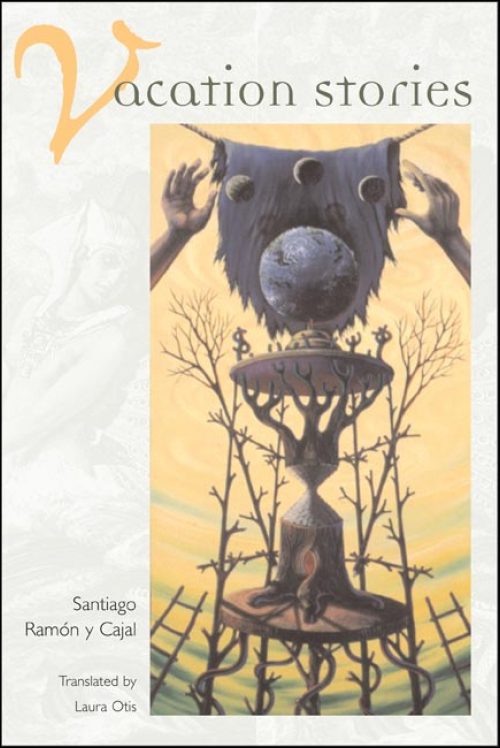 A world-famous neurobiologist, Santiago Ramon y Cajal won the Nobel Prize for his scientific research in 1906. The previous year, he published these stories: five ingenious tales that take a microscopic look at the nature, allure, and danger of scientific curiosity.

Ramon y Cajal waited almost twenty years to publish these stories because he feared they would compromise his scientific career. Featuring the cutting-edge science of the mid-1880s (microscopy, bacteriology, and hypnosis), they probe the seductive power that proceeds from scientific knowledge and explore how the pursuit of such knowledge alternately redeems and ensnares humanity.

Here revenge is disguised as research and common fraud as moral purification. Critical thought vies with moribund tradition and stifling religion for a hold on the human spirit; rigid divisions of class and wealth dissolve before the indiscriminate assault of microbes. One man's faith in science gives him the tools to outwit superstition and win the true love and happiness for which he has sacrificed. Another's bitterness and disillusion are cured by a supernatural intervention that melds the epiphany of A Christmas Carol with the macabre detail of an Edgar Allan Poe story.

Now available for the first time in English, Ramon y Cajal's stories reveal a great deal about human nature and the collusion of ambition and greed that prey on the hapless and thoughtless, whether in the name of science, religion, or the state. Laura Otis, whose dual background in literature and science echoes that of the author, has crafted a sparkling translation that captures the wit and imagination of the original.

Santiago Ramon y Cajal (1852-1934) was a Spanish neurologist whose writings include scientific texts, Advice for a Young Investigator, and a book of epigrams entitled Café Conversations.

Laura Otis, an associate professor of English at Hofstra University, holds an M.A. in neuroscience and a Ph.D. in comparative literature. She is the author of Organic Memory and Membranes and was named a MacArthur Fellow in 2000. She is currently affiliated with the Max Planck Institut für Wissenschaftsgeschichte, Berlin.