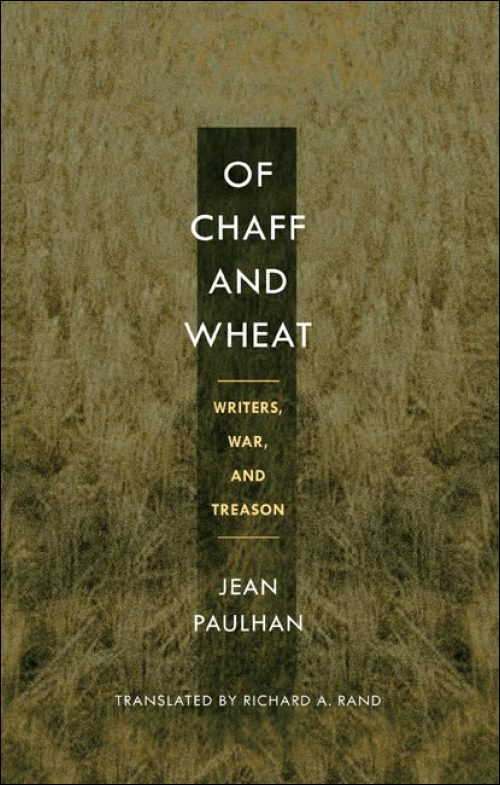 Reacting to widespread Nazi collaboration--both voluntary and otherwise--French patriotism surged in the wake of World War II. Resistance fighters were honored as heros, collaborators were arrested, and the nation was bent on blurring its immediate past by expunging whatever was seen to have been pro-German.

In this fevered context, a "National Committee of Writers" began to blacklist those who had saved their careers throughout the Nazi occupation. Jean Paulhan, who had supervised the literary arm of the French Resistance during the war and helped to found the National Committee of Writers, saw the dangers of its blacklist from the very outset: he denounced it in public, quit the Committee in protest, and then put his reputation on the line by printing the essays, anecdotes, and letters collected in this courageous book.

Though perfectly able to conduct a polemic at white heat, Paulhan is chiefly concerned with putting a stop to the prosecution of writers, to restoring their critical freedom to write, publish, make mistakes, and to heal by moving forward honestly. He attacks friends, colleagues, and old associates who support the blacklist in the name of a patriotic democracy.

Despite the distance between its context and ours, Paulhan's confrontation of the problems facing French writers during and after the war resonates strongly today. Richard Rand's introduction to the translation provides an excellent background for readers at every stage of familiarity with this important figure in literary history.