The Story of a Christian Motorcycle Gang
Author: Rich Remsberg
Afterword by Colleen McDannell
A beautifully done photo-documentary book that explores the highly unusual world of a subset of Bikers who coninue their Biker lifestyle, but in the service of Christianity.
Paper – $36.95
978-0-252-06943-7
Paperback: 01/01/2000
Buy the Book Request Desk/Examination Copy Request Review Copy Request Rights or Permissions Request Alternate Format Preview

Riders for God takes us into a world generally inaccessible to outsiders, one situated at the crossroads of two seemingly incongruous realms: motorcycle gangs and Spirit-filled Christianity.

Founded by a former biker and located in southern Indiana, the Unchained Gang is a group of former outlaw bikers, ex-convicts, and recovering addicts who are now born-again Christians. Although they have given up drugs, alcohol, tobacco, and violence they have kept their motorcycles--which they consider to be anointed--and use them as tools in their witness of the word of God as they understand it. The Unchained Gang is an outreach ministry, going into prisons and jails, biker rallies, and other places where people on the fringe are often ignored by other churches and the rest of society.

Combining powerful photographic images with gang members' first-person testimonies, Rich Remsberg shows the ironic juxtaposition of tattoos, leather vests, and the iconography of the biker world with the Christian practices of Bible study, speaking in tongues, and praying at an altar. He explores the lives of men and women who have redirected the extreme nature of their former ways.

Through their own powerful stories, they explain how the addictions and uncontrollable violence that once shaped their lives have given way to dramatic worship and zealous ministry.

An afterword by Colleen McDannell situates the Unchained Gang'sinterpretation of Christian living in the larger constellation ofpentecostal, born-again, fundamentalist, and mainstream churches.

"[Remsberg's] perceptive skills enable him to fit inconspicuously into the group, and the reader benefits by feeling like a part of this gang -- a unique world of bikers and zealous religious belief. In this interesting and accessible portrayal, Remsberg scrutinizes both the inside workings of the gang (combining 62 photographic images with interviews of gang members) and the people it encounters. The stories of those struggling to make sense of their lives offer great opportunities for reflection." -- Library Journal

"Remsberg's eloquent photographs of the Unchained Gang, born-again Christians in Indiana, show them in leathers and patches, praying, taking communion, and blessing their bikes." -- Leo Carey, The New Yorker

"Remsberg's study of some midwesterners who inhabit both the world of biker gangs and the world of 'Spirit-filled Christianity' is a grabber. For, unusually enough, when these chopper pilots dismount their hogs, they are, likely as not, headed for Bible reading or an effusive Pentecostal service. . . . Remsberg tells the gang's story in pictures, and they tell it in the words of now one, then another particular member." -- Booklist

"Details the world of a Christian motorcycle gang that seems to embody contradiction. The religiously devout Unchained Gang is composed of ex-convicts, recovering addicts, and former outlaw bikers. Interviews reveal how and why, through their conversion to born-again Christianity, the Unchained Gang now conducts a sort of traveling outreach ministry." Doubletake

"The interviews Remberg has conducted, no less than the photographs he has taken, are wonderfully ingenuous. . . . Documentary images of the white-trash antics at the annual Bean Blossom Boogie biker rally, the demonstrative communal prayer over the bikes, the altar calls, and the emotional outpourings of faith at the House of Prayer all illuminate the ardent accounts given by gang members of the clash to which they have borne witness betwen divine grace and redneck nihilism. . . . These are men and women in whom Christ has been seized, scourged, murdered, and raised up, and they want the world's attention." -- Michael O. Garvey, Commonweal

"I love this book. The best parts are the transcribed interviews, which make up most of the text, and Remsberg's sensitive photographs. . . . Makes clear the sharp lines dividing the world of hard-core bikers . . . from Christian groups like the Unchained Gang. . . . By conveying the rich faith language of the biker Christians, Remsberg show us we have much to learn." -- Tex Sample, Christian Century

"Combining powerful photographic images with gang members' first-person testimonies, Remsberg shows the ironic juxtaposition of tattoos, leather vests, and the iconography of the biker world with the Christian practices of Bible study, speaking in tongues, and praying at the altar. . . . Through their own powerful stories, [members] explain how the addictions and uncontrollable violence that once shaped their lives have given way to dramatic worship and a zealous ministry." -- mediabistro.com 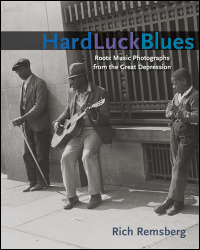