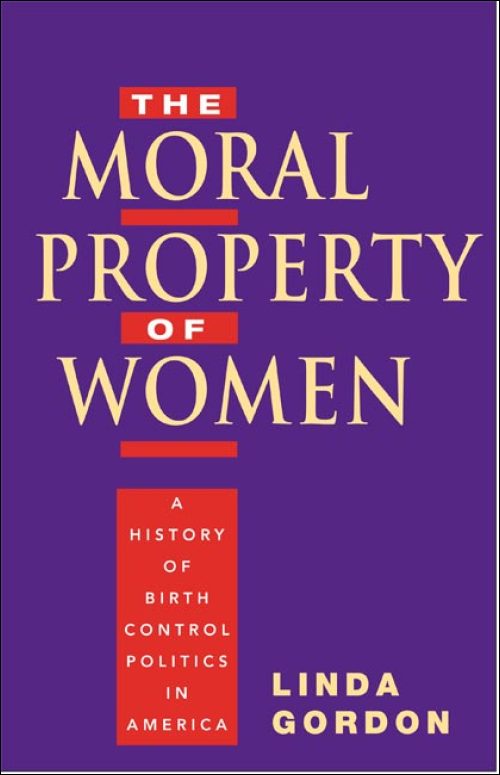 Linda Gordon's classic study, The Moral Property of Women, is the most complete history of birth control ever written. It covers the entire history of the intense controversies about reproductive rights that have raged in the United States for more than 150 years, from the earliest attempts of women to organize for the legal control of their bodies to the effects of second-wave feminism. Gordon defines the role that birth control has played in society's attitudes toward women, sexuality, and gender equality, arguing that reproductive control has always been central to women's status. She shows how opposition to it has long been part of the conservative opposition to gender equality.

Linda Gordon, a professor of history at New York University, is the author of numerous books, including Pitied but Not Entitled: Single Mothers and the History of Welfare, 1890–1935, and The Great Arizona Orphan Abduction, which won the Bancroft Prize and the Beveridge Prize.

“Myriad brilliant books and articles on the history of contraception and abortion have appeared during the past decade, but none offers ascomprehensive an overview, as wide-ranging and invigorating a historical analysis.”--The Historian

"Anybody who cares about the struggle for reproductive rights should read this important book, and will benefit from the careful analysis Gordon provides."--Conscience

"Linda Gordon provides an illuminating and timely addition to our understanding of the intersection between gender equality and reproductive control."--Left History