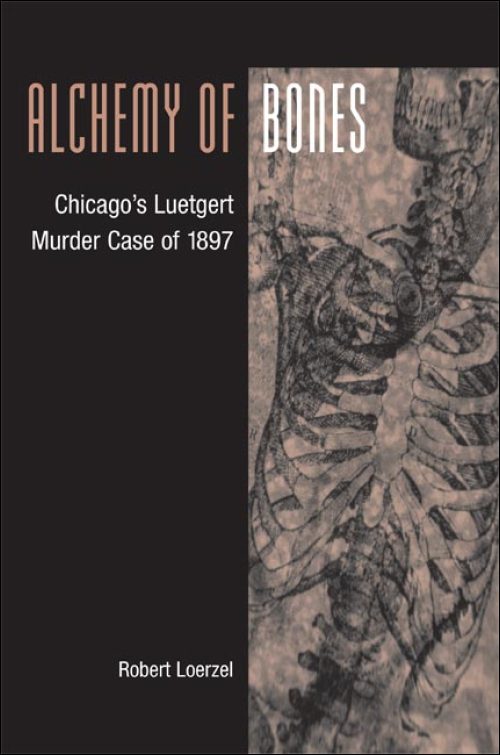 On May 1, 1897, Louise Luetgert disappeared. Although no body was found, Chicago police arrested her husband, Adolph, the owner of a large sausage factory, and charged him with murder. The eyes of the world were still on Chicago following the success of the World's Columbian Exposition, and the Luetgert case, with its missing victim, once-prosperous suspect, and all manner of gruesome theories regarding the disposal of the corpse, turned into one of the first media-fueled celebrity trials in American history.

Newspapers fought one another for scoops, people across the country claimed to have seen the missing woman alive, and each new clue led to fresh rounds of speculation about the crime. Meanwhile, sausage sales plummeted nationwide as rumors circulated that Luetgert had destroyed his wife's body in one of his factory's meat grinders.

Weaving in strange-but-true subplots involving hypnotists, palmreaders, English con artists, bullied witnesses, and insane-asylum bodysnatchers, Alchemy of Bones is more than just a true crime narrative; it is a grand, sprawling portrait of 1890s Chicago--and a nation--getting an early taste of the dark, chaotic twentieth century.

Robert Loerzel is an associate editor at Pioneer Press, which publishes newspapers in the suburbs of Chicago. He has received many awards for investigative reporting and feature stories from the Illinois Press Association, the Chicago Headline Club, and the Northern IllinoisNewspaper Association.

“The Luetgert murder trial of 1897 had it all: sex and sausage-making,chemical vats and cadavers, a charismatic defendant and a famouslymissing corpse. For a brief time, it transfixed the entire world--thenslowly faded from history. Now, in a painstakingly researched andstylishly written book, Robert Loerzel supensefully revives this fascinatingbut long-forgotten episode in all its macabre glory.”--Miles Harvey, author of The Island of Lost Maps: A True Story of Cartographic Crime

"Exceptionally readable and finely researched. I do not think that any academic historian could do a better job of telling this story. Loerzel's clear, perfectly structured sentences captivate the reader and move the story along in compelling fashion."--Perry Duis, author of Challenging Chicago: Coping with Everyday Life, 1837-1920