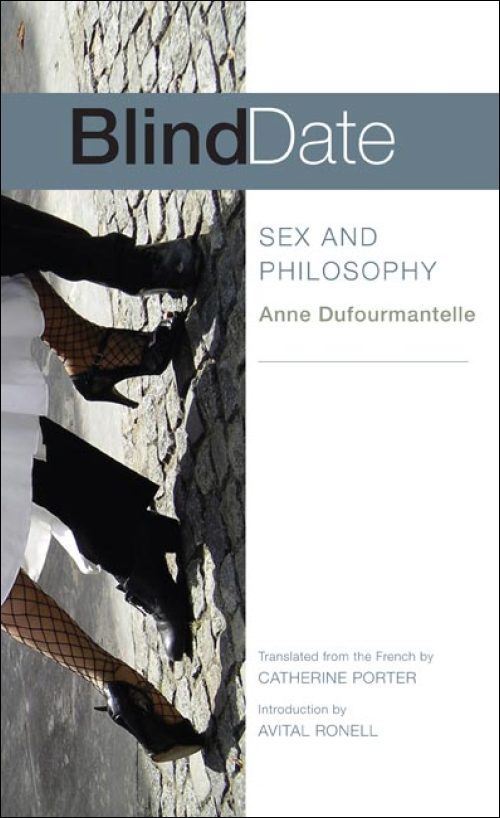 Bringing sex and philosophy together on a blind date, Anne Dufourmantelle's provocative study uses this analogy to uncover and examine philosophy's blind spot. Delightful and startling comparisons spring from the date: both sex and philosophy are dangerous, both are socially subversive, and both are obsessions. Although sex and philosophy have much in common, however, they have scarcely known one another until now.

Socrates and Diogenes had little to say about sex, and although it was notoriously explored by the Marquis de Sade, this study explains why philosophy has never been fully sexualized nor sex really philosophized. Blind Date highlights the marked deletion of sexual topics and themes from philosophical works, while also opening doors for their union. Inviting readers to remember that thought does not require repressing one's desire, Dufourmantelle argues that sex is everywhere and affects all kinds of thinking.

Anne Dufourmantelle's books include, with Avital Ronell, Fighting Theory and, with Jacques Derrida, Of Hospitality. She is a psychoanalyst in Paris. Catherine Porter is a professor emerita of French, SUNY Cortland.

"This wide-ranging, provocative book is partly philosophical, partly a literary evocation of the pleasures and difficulties of sex and of thinking."--Times Higher Education

"Blind Date contains a host of pithy statements about the nature of sex, the nature of philosophy, and the nature of their implication. Its insights have the piquancy and unexpectedness associated with psychoanalysis at its best. Those interested in sex and/or contemporary French philosophy will find it a stimulating reading experience."--Peter Connor, associate professor of French and comparative literature, Barnard College