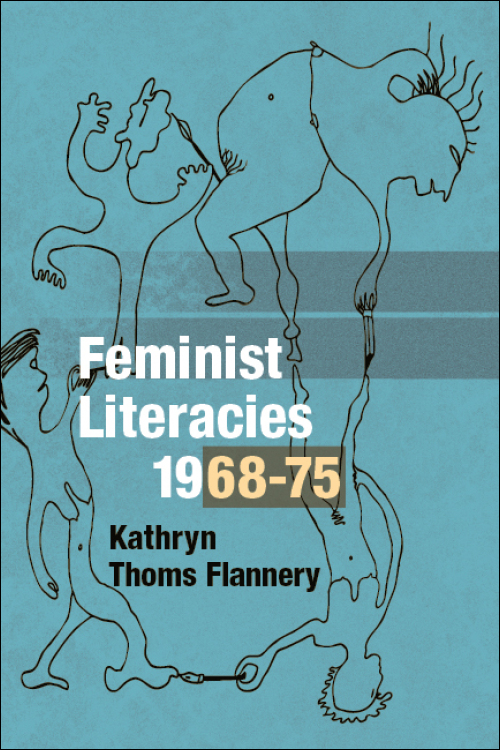 In the late 1960s and early 1970s, ordinary women affiliated with the women's movement were responsible for a veritable explosion of periodicals, poetry, and manifestos, as well as performances designed to support "do-it-yourself" education and consciousness-raising. Kathryn Thoms Flannery discusses this outpouring and the group education, brainstorming, and creative activism it fostered as the manifestation of a feminist literacy quite separate from women's studies programs at universities or the large-scale political workings of second-wave feminism. Seeking to break down traditional barriers such as the dichotomies of writer/reader or student/teacher, these new works also forged polemical alternatives to the forms of argumentation traditionally used to silence women, creating a space for fresh voices. Feminist Literacies explores these truly radical feminist literary practices and pedagogies that flourished during a brief era of volatility and hope.

Kathryn Thoms Flannery is a professor of English and women's studies at the University of Pittsburgh and the author of The Emperor's New Clothes: Literature, Literacy, and the Ideology of Style.

"Moving from the rhetoric of self-health materials through feminist polemics of the time, poems that stretch the boundaries of the genres, and feminist performance work to theory, Flannery reveals the reciprocal permeability between the thinking of the women inside and outside the university. Recommended."--Choice

"I find this book overly influential in my thinking, a measure of its power and erudition."--Feminist Teacher

"Innovative and well-researched. Flannery's fresh look at second-wave feminism within the context of literacy practices will interest a wide range of readers who want to know more about the 'initial generative triangle' of these volatile years of the women's movement."--Women and Language