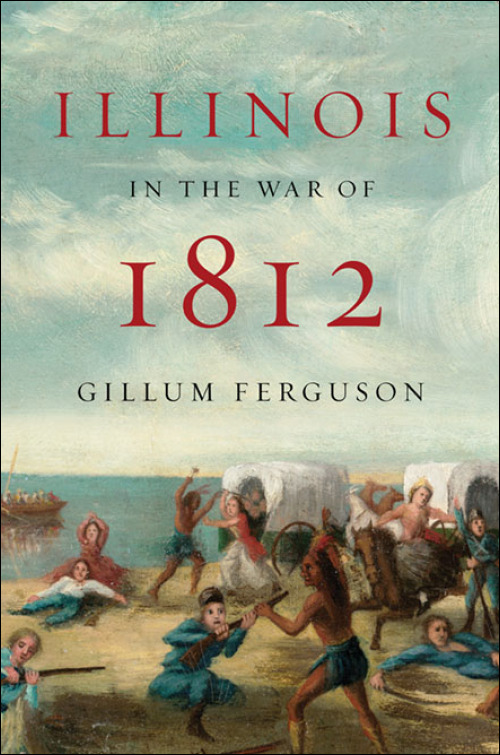 On the eve of the War of 1812, the Illinois Territory was a new land of bright promise. Split off from Indiana Territory in 1809, the new territory ran from the junction of the Ohio and Mississippi rivers north to the U.S. border with Canada, embracing the current states of Illinois, Wisconsin, and a part of Michigan. The extreme southern part of the region was rich in timber, but the dominant feature of the landscape was the vast tall grass prairie that stretched without major interruption from Lake Michigan for more than three hundred miles to the south. The territory was largely inhabited by Indians: Sauk, Potawatomi, Kickapoo, and others. By 1812, however, pioneer farmers had gathered in the wooded fringes around prime agricultural land, looking out over the prairies with longing and trepidation.

Six years later, a populous Illinois was confident enough to seek and receive admission as a state in the Union. What had intervened was the War of 1812, in which white settlers faced both Indians resistant to their encroachments and British forces poised to seize control of the upper Mississippi and Great Lakes. The war ultimately broke the power and morale of the Indian tribes and deprived them of the support of their ally, Great Britain. Sometimes led by skillful tacticians, at other times by blundering looters who got lost in the tall grass, the combatants showed each other little mercy. Until and even after the war was concluded by the Treaty of Ghent in 1814, there were massacres by both sides, laying the groundwork for later betrayal of friendly and hostile tribes alike and for ultimate expulsion of the Indians from the new state of Illinois.

In this engrossing new history, published upon the war's bicentennial, Gillum Ferguson underlines the crucial importance of the War of 1812 in the development of Illinois as a state. The history of Illinois in the War of 1812 has never before been told with so much attention to the personalities who fought it, the events that defined it, and its lasting consequences.

For many years Gillum Ferguson served as a state and federal prosecutor in Illinois. His articles have appeared in the Journal of Illinois History, Journal of the Illinois State Historical Society, Illinois Bar Journal, and other publications.

"Recommended for all readers interested in the War of 1812 from the perspective of the frontier regions of the Old Northwest."--Library Journal

"A nicely crafted book that makes an important contribution to both the historiography of the Illinois Territory and the War of 1812."--Journal of Illinois History

"A thorough, engaging, and extremely useful narrative analysis."--Journal of the Early Republic

"Ferguson underlines the crucial importance of the War of 1812 in development of Illinois as a State."--The Lone Star Book Review

"A lively and detailed book. . . . Illinois in the War of 1812 is a well-written and wonderfully detailed description of early nineteenth-century warfare in a borderland area."--Northwest Ohio History

"Ferguson gives a sweeping look at the history of Illinois from ancient times to the outbreak of the War of 1812."--H-War

"The region including the western Great Lakes and the upper Mississippi River valley in particular remains probably the most overlooked theater of the war, which makes Gillum Ferguson's book a welcome addition to the growing body of scholarly literature. . . . Ferguson's research makes this book useful for students of the War of 1812. In particular, he sheds light on lesser-known events and small battles that characterized this conflict in a region that has been largely ignored by scholars."--The Annals of Iowa

"A first-rate example of historical scholarship: well written and edited, with extensive citations and an excellent bibliography. This is an important work for those with an interest in the history of the Old Northwest."--Journal of the Iowa Archeological Society

"For more than a century, there has been no book-length historical study of the War of 1812 in Illinois, but Gillum Ferguson has labored mightily to remedy that historiographical shortcoming. Massively researched and well written, Illinois in the War of 1812 is a pioneering work that will undeniably appeal to scholars, local historians, and interested readers."--Rodney O. Davis, coeditor of The Lincoln-Douglas Debates: The Lincoln Studies Center Edition

"Illinois in the War of 1812 does a superb job of collecting and presenting the events of the War of 1812 in the territory that would become the state of Illinois. This collection's use of sources excels anything I've seen during my extensive research of this time period."--William D. Wilson, Illinois War of 1812 Bicentennial Commission

"Often referred to as the 'forgotten' war, the War of 1812 was in fact the final chapter of our country's war for independence. This indispensable history commemorating our nation's early history will engage scholars as well as lay readers."--James A. DeGroff Jr., President-elect, Illinois Society of the War of 1812

Read a Q & A with the author.Illinois in the War of 1812 wins Russell P. Strange Award