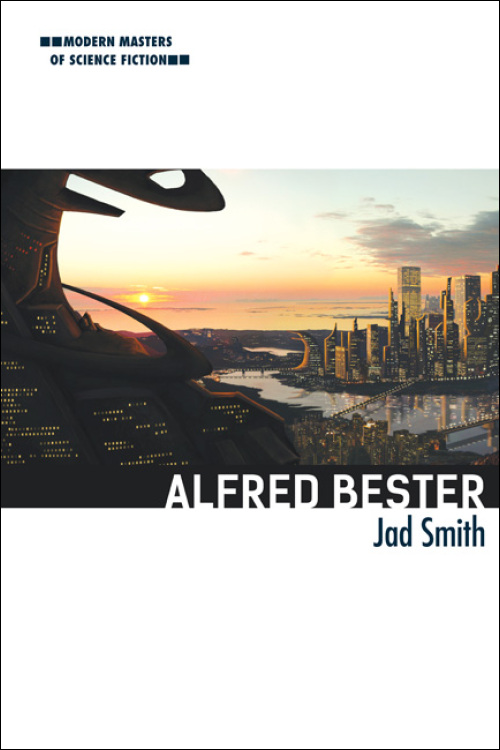 Alfred Bester's classic short stories and the canonical novel The Stars My Destination made him a science fiction legend. Fans and scholars praise him as a genre-bending pioneer and cyberpunk forefather. Writers like Neil Gaiman and William Gibson celebrate his prophetic vision and stylistic innovations.

Jad Smith traces the career of the unlikeliest of SF icons. Winner of the first Hugo Award for The Demolished Man, Bester also worked in comics, radio, and TV, and his intermittent SF writing led some critics to brand him a dabbler. In the 1960s, however, New Wave writers championed his work, and his reputation grew. Smith follows Bester's journey from consummate outsider to an artist venerated for foundational works that influenced the New Wave and cyberpunk revolutions. He also explores the little-known roots of a wayward journey fueled by curiosity, disappointment with the SF mainstream, and an artist's determination to go his own way.

Jad Smith is a professor of English at Eastern Illinois University and the author of John Brunner.

"This volume is a smart, compact examination of a writer who deserves more attention."--Science Fiction Studies

"Jad Smith's work is a seminal study of Alfred Bester, given its close, extended readings of the author's whole oeuvre, with a duly pronounced emphasis on Bester's critically overlooked masterworks of The Demolished Man (1954) and The Stars, My Destination (1956)."--SFRA Review

"Alfred Bester is an admirable monograph, in fact the very first on a grandmaster of the genre who has received shockingly little academic attention....For anyone approaching the study of Alfred Bester, Jad Smith's Alfred Bester serves as a commendable and valuable introduction to the formal qualities of his work." --Journal of the Fantastic in the Arts

"Jad Smith appears to know everything about Alfred Bester's career, and there's no career in SF more worth knowing about. On the strength of two indispensable novels, three unreadable ones, and a couple of dozen short stories--some of them barely passable, but others astonishing--Bester electrified SF, fathering the New Wave and grandfathering cyberpunk. Jad Smith explains exactly how he did it."--Brian McHale, co-editor of The Cambridge History of Postmodern Literature