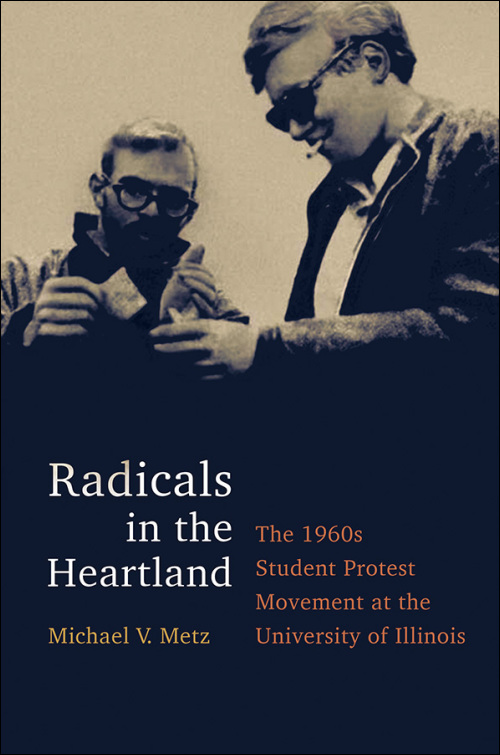 In 1969, the campus tumult that defined the Sixties reached a flash point at the University of Illinois. Out-of-town radicals preached armed revolution. Students took to the streets and fought police and National Guardsmen. Firebombs were planted in lecture halls while explosions rocked a federal building on one side of town and a recruiting office on the other. Across the state, the powers-that-be expressed shock that such events could take place at Illinois's esteemed, conservative, flagship university—how could it happen here, of all places?

Positioning the events in the context of their time, Michael V. Metz delves into the lives and actions of activists at the center of the drama. A participant himself, Metz draws on interviews, archives, and newspaper records to show a movement born in demands for free speech, inspired by a movement for civil rights, and driven to the edge by a seemingly never-ending war. If the sudden burst of irrational violence baffled parents, administrators, and legislators, it seemed inevitable to students after years of official intransigence and disregard. Metz portrays campus protesters not as angry, militant extremists but as youthful citizens deeply engaged with grave moral issues, embodying the idealism, naiveté, and courage of a minority of a generation.

Michael V. Metz took part in the student movement at the University of Illinois at Urbana-Champaign from 1965 to 1970. He is retired from a career in high-tech marketing and resides in Saratoga, California, with his wife, daughter, and two dogs.

"Michael V. Metz gives an insightful, well-documented analysis of events that shaped each year of the 1960s at the University of Illinois Champaign-Urbana campus. " --Illinois Times

"Metz has crafted a compelling and intriguing story and has succeeded in writing the activism of students at Urbana-Champaign into the history of the 1960s. " --Social History

"Metz's volume is a deeply researched account that compels us to appreciate how free speech, racial issues, draft resistance, and antiwar activism were fought over on the U of I's flagship campus in Central Illinois." --H-Net Reviews

"Thoughtful, provocative, and powerful, filled with both painful memories and humorous anecdotes, Metz’s book about the upheaval of one college campus during the radical Sixties is a real work of history."--Roger Simon

"Michael Metz has contributed a valuable addition to our understanding of the student movement in the Midwest with his study of the University of Illinois during the 1960s. Solidly researched and gracefully presented, this will undoubtedly earn a much deserved place on reading lists and reference material for years to come."--Mary Ann Wynkoop, author of Dissent in the Heartland: The Sixties at Indiana University

"Michael Metz, a student-activist during the turbulent free speech and anti-war movements at the University of Illinois during the 1960s, has written a compelling and well-researched account of that era, based on interviews with many other activists and additional extensive research in contemporary news accounts and archival material."—Robert Justin Goldstein, author of Political Repression in Modern America: From 1870 to 1976