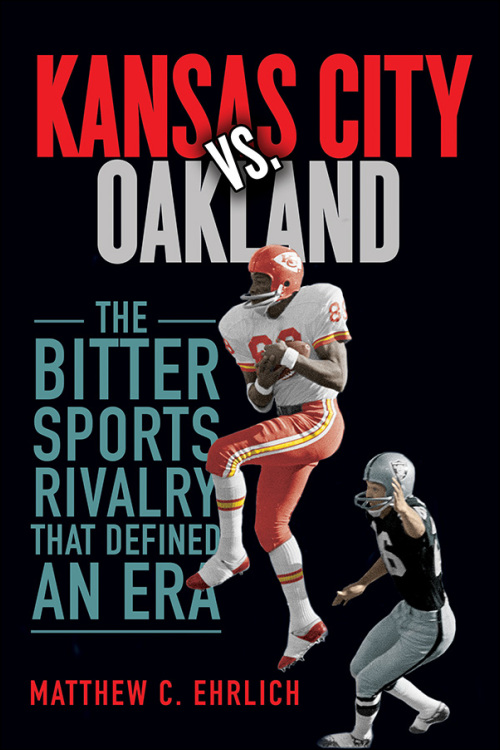 A driving ambition linked Oakland and Kansas City in the 1960s. Each city sought the national attention and civic glory that came with being home to professional sports teams. Their successful campaigns to lure pro franchises ignited mutual rivalries in football and baseball that thrilled hometown fans. But even Super Bowl victories and World Series triumphs proved to be no defense against urban problems in the tumultuous 1960s and 1970s.

Colorful and thought-provoking, Kansas City vs. Oakland breaks down who won and who lost when big-time sports came to town.

Matthew C. Ehrlich is a professor emeritus of journalism at the University of Illinois at Urbana-Champaign. His books include Heroes and Scoundrels: The Image of the Journalist in Popular Culture and Radio Utopia: Postwar Audio Documentary in the Public Interest.

"A nice job of meshing the stories of both cities and their franchises together." --Bob D'Angelo's Books Blog

"An entertaining tale of two cities with big league dreams and ambitions. Balancing civic identity and cohesion against unsustainable expenses and diverted funds is a circle most American cities have failed to square. While there are no 'solutions' to these challenges, Ehrlich analyzes the responses of Oakland and Kansas City in a balanced and informed way, offering lessons for other cities--and there are many of them--in similar positions."--Jerald Podair, author of City of Dreams: Dodger Stadium and the Birth of Modern Los Angeles

"What a wonderful book for the sports fan or urban historian! Kansas City and Oakland were two second-class cities struggling for respect. This book tells the story of the competition between their big-league teams. Both baseball and football had exciting and high-profile rivalries, with expansion, free agency, the building of new stadiums, and strikes claiming attention in each town. The author also integrates the sports history with the dramas of the long 1960s--civil rights confrontations, labor troubles, cultural clashes over Vietnam, and urban problems. This is a great and informative read."--Bruce Kuklick, author of To Every Thing a Season: Shibe Park and Urban Philadelphia, 1909–1976