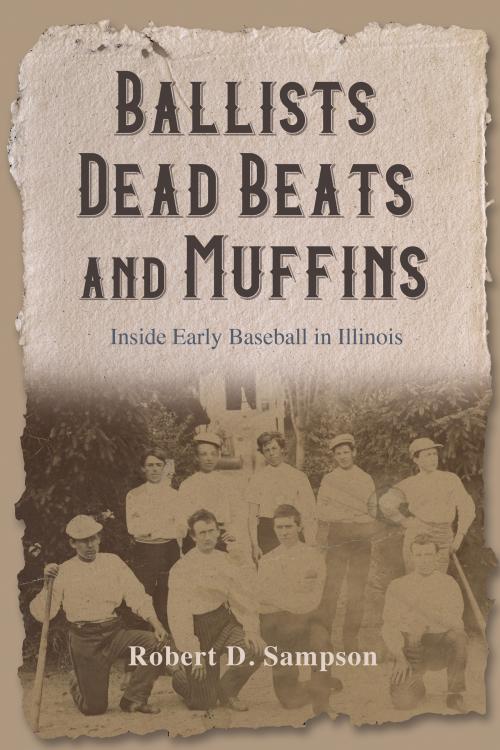 Baseball’s spread across Illinois paralleled the sport’s explosive growth in other parts of the country. Robert D. Sampson taps a wealth of archival research to transport readers to an era when an epidemic of “base ball on the brain” raged from Alton to Yorkville. Focusing on the years 1865 to 1869, Sampson offers a vivid portrait of a game where local teams and civic ambition went hand in hand and teams of paid professionals displaced gentlemen’s clubs devoted to sporting fair play. This preoccupation with competition sparked rules disputes and controversies over imported players while the game itself mirrored society by excluding Black Americans and women. The new era nonetheless brought out paying crowds to watch the Rock Island Lively Turtles, Fairfield Snails, and other teams take the field up and down the state.

A first-ever history of early baseball in Illinois, Ballists, Dead Beats, and Muffins adds the Prairie State game’s unique shadings and colorful stories to the history of the national pastime.

* Publication supported by a grant from the Winton U. Solberg US History Subvention Fund

Robert D. Sampson is the editor of the Journal of the Illinois State Historical Society and the author of John L. O’Sullivan and His Times.

“Detailed studies of baseball during these crucial years are rare, with ones that focus on a single state even more so. Bob Sampson’s Ballists, Dead Beats, and Muffins is thus both timely and valuable, confirming some long-accepted assumptions and forcing reexamination of others. Highly recommended!”--Peter Morris, author of Baseball Fever: Early Baseball in Michigan