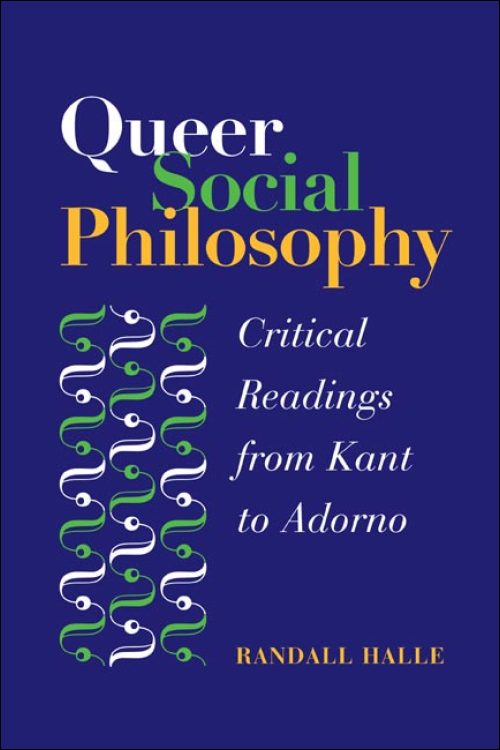 Randall Halle is an associate professor in the German section of the Modern Languages and Cultures Program at the University of Rochester. He is coeditor of Light Motives: German Popular Film in Perspective and a special issue of Camera Obscura, and has published numerous essays on queer theory and German social philosophy.

"Halle's . . . deliberations on queer activism, queer emancipation, and queer science are passionate and inspiring, and they are bound to provide food for thought for some time to come."--Seminar

"Filled with challenging analyses and interpretive twists, this study explains the chief figures of German social philosophy in order to expose the ways in which the heteronormative has been preferenced and the queer (any individual/social aspect not in alignment with that norm, but especially the homosexual) has been excluded or marginalized. In recovering this past, the book creates a trajectory from the early modern (Kant) to the liberatory (Nietzsche). An erudite, highly original work."--James W. Jones, author of "We of the Third Sex": Literary Representations of Homosexuality in Wilhelmine Germany