In this major study of a flexible and multifaceted mode of expression, Linda Hutcheon looks at works of modern literature, visual art, music, film, theater, and architecture to arrive at a comprehensive assessment of what parody is and what it does.

Hutcheon identifies parody as one of the major forms of modern self-reflexivity, one that marks the intersection of invention and critique and offers an important mode of coming to terms with the texts and discourses of the past. Looking at works as diverse as Tom Stoppard's Rosenkrantz and Guildenstern Are Dead, Brian de Palma's Dressed to Kill, Woody Allen's Zelig, Karlheinz Stockhausen's Hymnen, James Joyce's Ulysses, and Magritte's This Is Not a Pipe, Hutcheon discusses the remarkable range of intent in modern parody while distinguishing it from pastiche, burlesque, travesty, and satire. She shows how parody, through ironic playing with multiple conventions, combines creative expression with critical commentary. Its productive-creative approach to tradition results in a modern recoding that establishes difference at the heart of similarity.In a new introduction, Hutcheon discusses why parody continues to fascinate her and why it is commonly viewed as suspect-–for being either too ideologically shifty or too much of a threat to the ownership of intellectual and creative property.

Linda Hutcheon, a professor of English at the University of Toronto, is the author of Irony's Edge: The Theory and Politics of Irony, Narcissistic Narrative: The Metafictional Paradox, and other books.

"Linda Hutcheon's thoughtful engagement with the theory of parody picks its way meticulously through this conceptual minefield, to emerge with a convincing map of the terrain. . . . [A] scrupulously reasoned case made more persuasive by the tenacity with which its details have been pursued."--Terence Hawkes, Times Literary Supplement 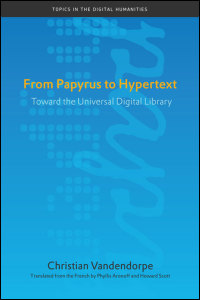