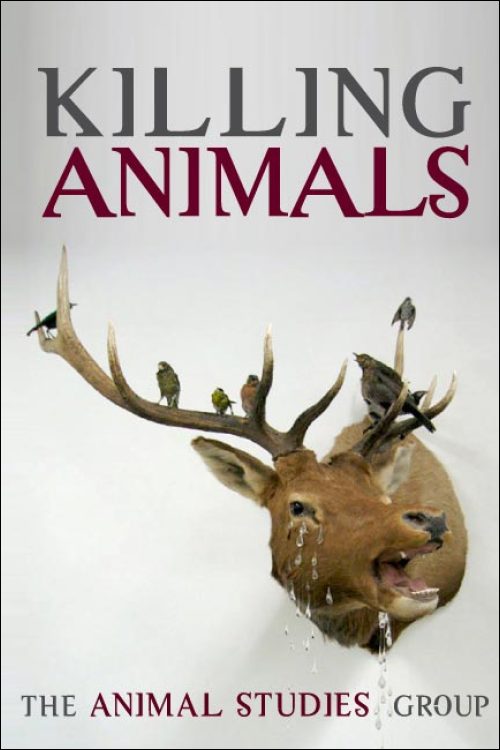 Though not often acknowledged openly, killing represents by far the most common form of human interaction with animals. Humans kill animals for food, for pleasure, to wear, and even as religious acts, yet despite the ubiquity of this killing, analyzing the practice has generally remained the exclusive purview of animal rights advocates.

Killing Animals offers a corrective to this narrow focus by bringing together the insights of scholars from diverse backgrounds in the humanities, including art history, anthropology, intellectual history, philosophy, literary studies, and geography. With killing representing the ultimate expression of human power over animals, the essays reveal the complexity of the phenomenon by exploring the extraordinary diversity in killing practices and the wide variety of meanings attached to them. They examine aspects of the role of animals in human societies, from the seventeenth century to the present day: their cultural manifestations, and how they have been represented. Topics include hunting and baiting; slaughter practices and the treatment of feral and stray animals; animal death in art, literature and philosophy; and even animals that themselves become killers of humans.

While many collections originate as a series of separately planned conference papers drawn together only by editorial fiat, the essays that comprise Killing Animals were regarded as parts of a larger whole from their inception. The result is a remarkably collaborative, cross-disciplinary work that includes eight individually authored chapters and a collectively written introduction. Rather than attempting to produce a single ethical understanding from their diverse views, however, the group aims instead to demonstrate the value of the wider academic study of the place of animals in human history. The conclusion to Killing Animals takes the form of a discussion among the eight contributors, with each expanding upon issues raised earlier in the book.

"Killing Animals by the Animal Studies Group provides compelling material for academics wishing to study our relationship to animals, which consists mostly of violence towards them. This collection of essays is refreshingly informed in its analysis of how this brutality manifests itself in cultural forms."--VegNews

"The eight contributors to the collection entitled Killing Animals provide sufficiently diverse perspectives on the subject to make this book a worthwhile addition to the growing literature regarding animal rights and wrongs."--H-Animal