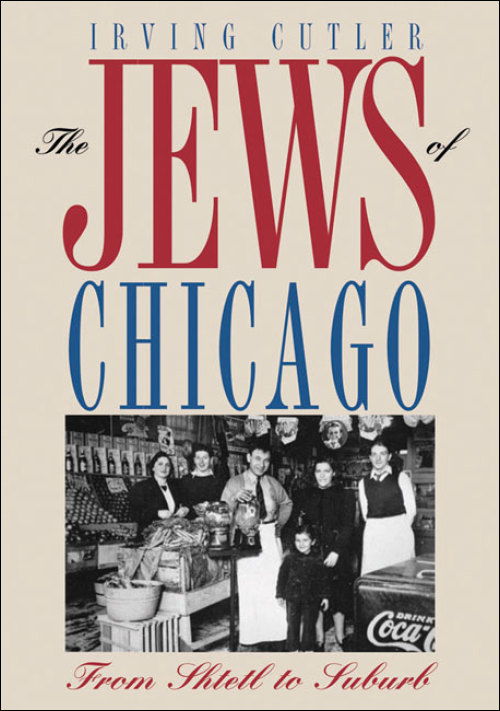 Vividly told and richly illustrated with more than 160 photographs, The Jews of Chicago is the fascinating story of the cultural, religious, fraternal, economic, and everyday life of Chicago's Jews. This edition of Irving Cutler's definitive historical volume also includes a new foreword written by the author.

Irving Cutler is professor emeritus of geography at Chicago State University and a founding member of the Chicago Jewish Historical Society. He has written extensively on Chicago and is well known for his tours by boat and bus and for his illustrated lectures on Chicago.

"Deeply absorbing even for non-Jews, because of the astonishing history of this ethnic group, an unmatched rags-to-riches story. . . . with crisp prose."--Chicago Sun-Times

"Deserves a space not only on every Chicagoan's shelf, but on anyone's who is interested in the rich ethnic heritage of the Windy City."--West Coast Jewish News

"Concise and thoughtfully written, The Jews of Chicago extends Chicago Jewish history . . . beyond any comparable history. It is a testament not merely to the impressive work that Cutler himself has done, but also to the community he chronicles."--Chicago Jewish History

"A thought provoking history of the Jewish community's development in Chicago and its contribution to our city."--Chicago Tribune

“Cutler does a masterful job of tracing the history of Chicago’s Jews from the German Jews who came in the 1830s and 1840s to the East European Jews who arrived in large numbers from 1880 to 1925.”--Jerusalem Post