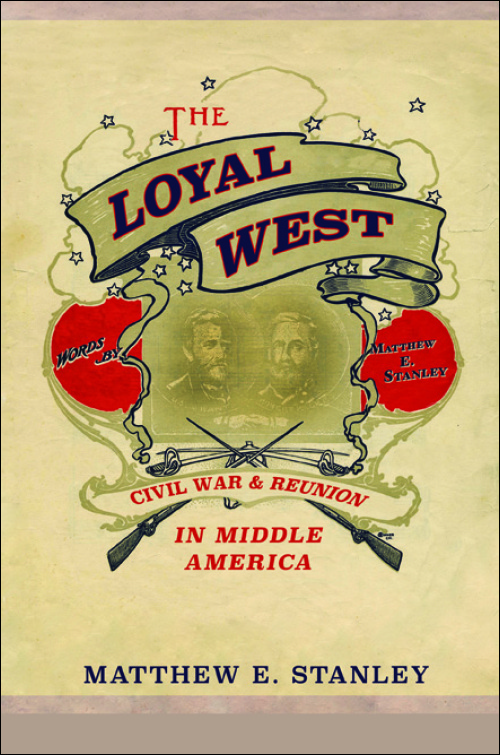 A free region deeply influenced by southern mores, the Lower Middle West represented a true cultural and political median in Civil War–era America. Here grew a Unionism steeped in the mythology of the Loyal West--a myth rooted in regional and racial animosities and the belief that westerners had won the war.

Matthew E. Stanley's intimate study explores the Civil War, Reconstruction, and sectional reunion in this bellwether region. Using the lives of area soldiers and officers as a lens, Stanley reveals a place and a strain of collective memory that was anti-rebel, anti-eastern, and anti-black in its attitudes--one that came to be at the forefront of the northern retreat from Reconstruction and toward white reunion. The Lower Middle West's embrace of black exclusion laws, origination of the Copperhead movement, backlash against liberalizing war measures, and rejection of Reconstruction were all pivotal to broader American politics. And the region's legacies of white supremacy--from racialized labor violence to sundown towns to lynching--found malignant expression nationwide, intersecting with how Loyal Westerners remembered the war.

Matthew E. Stanley is an assistant professor of history at Albany State University.

"An excellent addition to the ever-growing historiography of the intersection of memory, region, and national politics. . . . Highly Recommended."--Choice

"The Loyal West, overall, constitutes an excellent addition to the growing canon of sectional reconciliation studies. . . . Stanley deserves praise for thoughtfully-rendered findings, indicative of a scholar who is deeply engaged with and excited about his work."--Civil War Book Review

"Stanley expertly demonstrates how emancipation and the postwar struggles over the precise meanings of freedom and equality ultimately made white political culture in 'middle America' as anti-Reconstruction and pro-segregation as one might have found in the South."--The Annals of Iowa

"[Stanley's] His book is bold and deserves a wide reading among scholars of all American sections and regions." --The Journal of American History

"Stanley's work is an illuminating addition to the scholarship of the era." --Journal of the Illinois State Historical Society

"The Civil War transformed the Southern Midwest's cultural and political affinity with the border South into a strong Unionist (but not emancipationist) loyalty that helped the North win the war. As Matthew Stanley makes clear in this intriguing study, however, the Ohio Valley region led the Northern retreat from Reconstruction and the reconciliationist movement of the 1890s that partially restored that antebellum cultural affinity and pushed the historical issues of slavery and abolition into the background."--James M. McPherson

"In a richly detailed and evocative story, Stanley traces the threads of slavery, race, war, and memory in a crucial part of the United States.  He shows us that “the North” in the Civil War era struggled to contain enormous differences and tensions, an understanding essential to any full understanding of that conflict.--Edward L. Ayers, author of In the Presence of Mine Enemies: Civil War in the Heart of America

"Well researched and well argued, The Loyal West offers new insights into the underexplored mind of the Lower Middle West and the Ohio River Valley--and through that into the mind of America. As part of the fresh series of regional studies that go beyond artificial boundaries and look at the mind of a region, The Loyal West provides a broad, readable, and sweeping look at the conflicting identities of a place that at different times saw the river as connector or divider."--James C. Klotter, State Historian of Kentucky