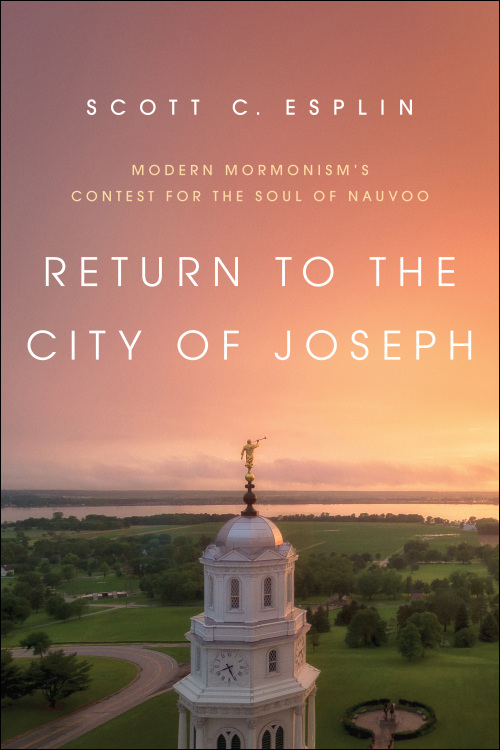 In the mid-twentieth century, the Church of Jesus Christ of Latter-day Saints (LDS) returned to Nauvoo, Illinois, home to the thriving religious community led by Joseph Smith before his murder in 1844. The quiet farm town became a major Mormon heritage site visited annually by tens of thousands of people. Yet Nauvoo's dramatic restoration proved fraught with conflicts.

Scott C. Esplin's social history looks at how Nauvoo's different groups have sparred over heritage and historical memory. The Latter-day Saint project brought it into conflict with the Community of Christ, the midwestern branch of Mormonism that had kept a foothold in the town and a claim on its Smith-related sites. Non-Mormon locals, meanwhile, sought to maintain the historic place of ancestors who had settled in Nauvoo after the Latter-day Saints' departure. Examining the recent and present-day struggles to define the town, Esplin probes the values of the local groups while placing Nauvoo at the center of Mormonism's attempt to carve a role for itself within the greater narrative of American history.

Scott C. Esplin is a professor of religious education at Brigham Young University and a coeditor of Far Away in the West: Reflections on the Mormon Pioneer Trail.

"The book's great strength is Esplin's ability to consistently situate his research within the broader scholarship of tourism and heritage studies, cultural studies (especially work focused on memory and commemoration), and the American Midwest. By doing so, the author demonstrates that the history of the Mormon faith is indeed uniquely American in its orientation." --Annals of Iowa

"Esplin thoughtfully chronicles the birth, death, and resurrection of Nauvoo from a variety of Mormon perspectives. He deftly analyzes why this religious settlement on the Mississippi has engendered such conflict and reconciliation. Highly recommended."--Reid L. Neilson, Assistant Church Historian and Recorder, LDS Church