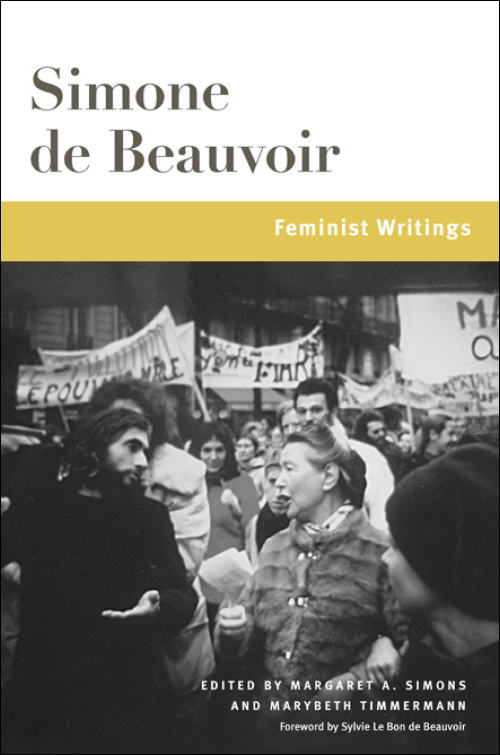 By turns surprising and revelatory, this sixth volume in the Beauvoir Series presents newly discovered writings and lectures while providing new translations and contexts for Simone de Beauvoir's more familiar writings. Spanning Beauvoir's career from the 1940s through 1986, the pieces explain the paradoxes in her political and feminist stances, including her famous 1972 announcement of a "conversion to feminism" after decades of activism on behalf of women.

Feminist Writings documents and contextualizes Beauvoir's thinking, writing, public statements, and activities in the services of causes like French divorce law reform and the rights of women in the Iranian Revolution. In addition, the volume provides new insights into Beauvoir's complex thinking and illuminates her historic role in linking the movements for sexual freedom, sexual equality, homosexual rights, and women's rights in France.

Simone de Beauvoir (1908–86) was a French existentialist philosopher. Her works include The Second Sex (1949). Margaret A. Simons is Distinguished Research Professor Emerita at Southern Illinois University Edwardsville and the author of Beauvoir and The Second Sex: Feminism, Race, and the Origins of Existentialism. Marybeth Timmermann is a contributing translator and editor of Beauvoir's Philosophical Writings and "The Useless Mouths" and Other Literary Writings. Sylvie Le Bon de Beauvoir, adopted daughter and literary executor of Simone de Beauvoir, is the editor of Lettres à Sartre and many other works by Beauvoir.

"An impressive work of erudition. Essential."--Choice

"Margaret A. Simons and Marybeth Timmermann's decision to present these essays with introductions from an extraordinary community of scholars is a felicitous addition that enables the texts and meta-texts to bring to light their subtexts. The result is perhaps the best accolade to bestow on any work of scholarship: its necessity. For anyone interested in Beauvoir or the foundations of twentieth century feminist thought, research is imperiled without a perusal of this book."--Lewis R. Gordon, Professor of Philosophy and Africana Studies, University of Connecticut

"Of all the excellent volumes in this amazing series . . . perhaps this one is the most awaited. This volume gives new insight into Beauvoir's thinking about gender, sexuality, motherhood, the women's movement, and the place of women in the world. These texts, many of which are available in English for the first time, and collected here for the first time anywhere, show the evolving thought on women by the most important feminist thinker of the twentieth century."--Kelly Oliver, author of Technologies of Life and Death: From Cloning to Capital Punishment

"I was thoroughly engrossed with these texts. This volume significantly adds to the Beauvoir literature, and to feminist literature more generally, and should put to rest, once and for all, the myth that Beauvoir embraced feminism only in 1972."--Claudia Card, author of The Atrocity Paradigm: A Theory of Evil

"Excellent introductions by leading scholars carefully locate these works in their own contexts and also demonstrate why we should still attend to Beauvoir's thinking today. This collection is necessary reading not only for those interested in Simone de Beauvoir's thinking but for all who are interested in the emergence of contemporary feminism."--Sonia Kruks, author of Simone de Beauvoir and the Politics of Ambiguity