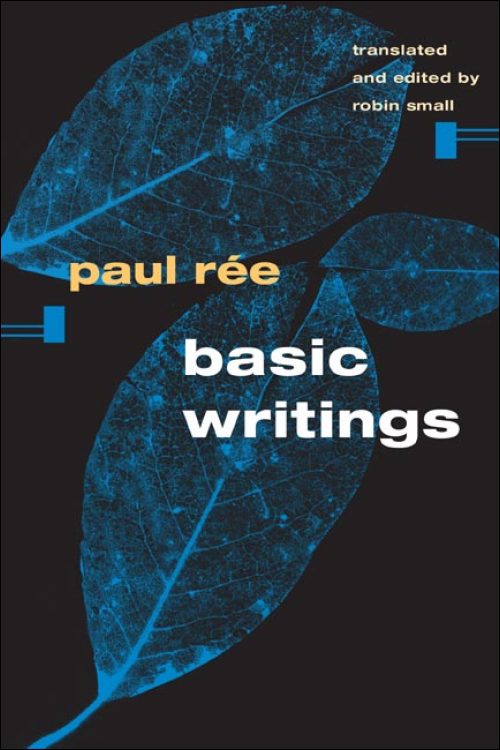 This book contains the first English translations of The Origin of the Moral Sensations and Psychological Observations, the two most important works by the German philosopher Paul Rée. These essays present Rée’s moral philosophy, which influenced the ideas of his close friend Friedrich Nietzsche considerably.

Nietzsche scholars have often incorrectly attributed to him arguments and ideas that are Rée’s and have failed to detect responses to Rée’s works in Nietzsche’s writings. Rée’s thinking combined two strands: a pessimistic conception of human nature, presented in the French moralists’ aphoristic style that would become a mainstay of Nietzsche’s own writings, and a theory of morality derived from Darwin’s theory of natural selection. Rée’s moral Darwinism was a central factor prompting Nietzsche to write On the Genealogy of Morals and the groundwork for much of today’s “evolutionary ethics.”

In an illuminating critical introduction, Robin Small examines Rée’s life and work, locating his application of evolutionary concepts to morality within a broader history of Darwinism while exploring Rée’s theoretical and personal relationship with Nietzsche. In placing Nietzsche in his intellectual and social context, Small profoundly challenges the myth of Nietzsche as a solitary thinker.