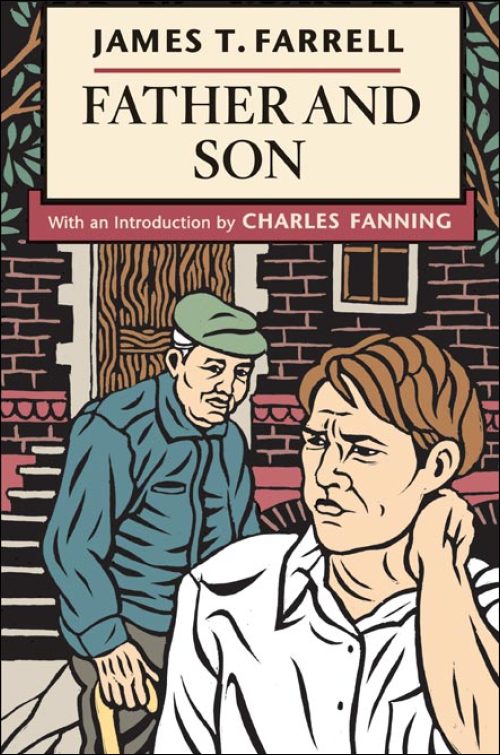 The third book in James T. Farrell's five-volume series to be republished by the University of Illinois Press, Father and Son follows Danny O'Neill through his struggle into young adulthood among the O'Flaherty and O'Neill families. Full of bewilderment and anxiety, Danny experiences high school, the death of his father, and his first full-time job at the express company that employed his father. Fraught with failed attempts to communicate with his father and peers, Danny is burdened by his family's constant economic and emotional demands.

"In scope, achievement, and literary themes, the O'Neill-O'Flaherty novels can be discussed and admired in the same breath as the works of such great modernists as Marcel Proust and James Joyce. In each volume, Farrell presents vivid panoramas of Chicago's neighborhood life, Washington Park in particular, where the people of various diasporas coexist. Long out of print, these great novels are as large, as muscular, as tender, and as complex as America itself, and occupy a central place in twentieth-century American literature."--Eamonn Wall, author of From the Sin-é Café to the Black Hills: Notes on the New Irish